Take a great hard at this video ladies and gentlemen.

Before You Have SEX, Watch This

Some People claim THIS is better than SEX…Do you agree?

“See in our society we think that there is nothing better than sex and drugs. But is that true? Is there really nothing in this BIG world better than sex!?”

You don’t have to look very far social media, TV, news, the internet as a whole, music to see how important society places sex and drugs on the importance of the pleasurable scale.

“Well, maybe there is. Author of Happiness beyond thought, Gary Weber, PDH conducted a study amongst his colleagues. The participants included psychedelic users, experienced meditators and people who have had sex. And he created a survey to rank the pleasure experience in these different states. The results, are shocking! Psychedelics got on average a 9.5, sexual orgasm got an 8, but something else scored a 10 for pleasure. What is it? Something better than sex? Better than a psychedelic experience, is that even possible!?”

I’ve heard of numerous absolutely amazing experiences with psychedelics, I have personally had some great experiences myself.

And of course, then there is sex what seems to be the end all be all regarding pleasure.

But is it possible that maybe it is not?

“This mysterious category is called a Non-Dual state. And yes, compared to the drugs and psychedelics the non-dual state ranked higher for pleasure.”

Rest assured though that this is not based on someone’s opinion, perspective or outlook, it was taken in a poll with actual statistics.

“So what is this non-dual state? And how do we get it? Is it something religious or spiritual? Well interestingly enough it is found in every religious tradition on earth. And you’ve probably experienced it, without even knowing it.”

When you take a look a broad view of religion it looks from a general perspective to have separated the world significantly, and maybe even the greatest separator known to mankind.  Separator: (the feeling that who I am in the absolute sense is not one with all that is.)

Millions of people on the planet, if not billions unconsciously take their self to be a million and one things.

Advaita Vedanta is the realization that…that same thoughtless awareness that “I am” is one with all that is and that reality has never and will never be able to be divided. Hence the non-dual means not two, means in the absolute sense there is no more than one.

What Buddhist refer to regarding no-self is that I am not a separate isolated self-image in which I live in my own corner of the universe. When I know that I am not the self-image, the self-concept, the mind and the illusion of being a “me” goes away then again… “I am.”

According to wiki…. this illustrates it perfectly…

Zen has a bit of different way with words. Many Zen teachings seem to feel that the mind its most natural state is empty. Whereas in other traditions such as Advaita Vedanta mind in its natural state is noise, it creates the thoughts which are noise.

Let’s take it from one of the greats.

“Don’t focus on the finger or you will miss all that heavenly glory.”  – Bruce Lee

When it all’s boils down to it, both are pointing at the exact same no-thing…. thoughtlessness.

“Taoist call it, One with the Tao. When the dancer and the dance merge as one.”

Knowing that you are not the mind, the ‘me’, the separated isolated thought of who you are, then you that the non-dual awareness, the thoughtless awareness is you, dancing your body and your mind around. The body, the mind is a puppet, in which awareness will with whatever it pleases. Not a controller, not a dictator, no a some-thing that is making things happen, but a non-intellectual entity (the universe) in which all life flows as one.

“The Christians call it Christ Consciousness.”

If you perceive a Jesus, or an image of Jesus to be separate from who you are in the absolute state, then it is not the non-dual reality. No matter how strongly you believe, those beliefs are ALWAYS in some way, shape or from dictated from the seeming world around you. If you don’t feel this way….

It could not be MORE OBVIOUS that our beliefs are largely dictated by the location and the culture that we just so happened to grow up in.

Jesus is right here and right now resurrecting its nature inside of your non dual awareness as the ONE Christ Consciousness that you are.

“The Hindu’s call it Krishna Consciousness. Essentially it is to see through the eyes of God.”

Rather than wondering whether God exists or it doesn’t, find out right now whether YOU EXIST. When you find out if YOU EXIST, which happens in the non-dual thoughtless state, then you know yourself as existence.

The thought of something ‘existing’ or ‘non-existing’ is two. It’s a dual outlook when we have that perspective of something existing or not existing. Whereas neither have a reality in a non-dual state. The existence does not exist, existence IS. I don’t exist. I AM.

“For those who don’t like to use the G word.”

Seriously, we have let a WORD dictate so much of our emotions. If you were born into a world and you had absolutely no clue about the word God, you could insert that word God with any other word in the dictionary and it would we see the same exact world today. Let’s look at his closer based on what Eckhart Tolle says…

“Words reduce reality to something the human mind can grasp, which isn’t very much. Language consists of five basic sounds produced by the vocal cords. They are the vowels a, e, i, o, u. The other sounds are consonants produced by air pressure: s, f, g, and so forth. Do you believe some combination of such basic sounds could ever explain who you are, or the ultimate purpose of the universe, or even what a tree or stone is in its depth?”

Do you really feel some combination of sounds could ever explain what is the essence of all that is?

Which is only known in the DIRECT experience of the Non Dual state.

“The Tao that can be told is not the eternal Tao.” – Lao Tzu

“It is to see the world without judgement or projection. It is not a belief; it is actually the dropping of all beliefs.”

It is only the mind that judges, and projects and knowing you are not the mind and knowing this on a cellular level will deepen your thoughtless awareness or non-dual state.

“The pure awareness that exists beyond any thought.”

The pure thoughtless awareness that you are in the absolute sense which is the one.

“To see without any personal “I” present.”

Prince is regarding seeing the world through the lens of “Me” but the “me” or the separate isolate self-image is only imagined for the illusion that it is.

“A pure undivided space of awareness.” 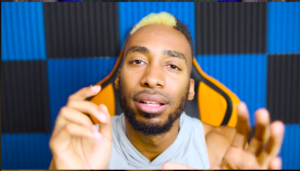 “For that moment you were totally without mental noise and projection. Did you catch it? Did you see it?

Now imagine that space expanded into your daily life.”

If when you watched the video he glimpsed into the camera without SAYING A WORD almost as if he froze during that moment of silent, still thoughtless presence. He showed that….

#1. What it is he is pointing too cannot be spoken of…

“Now many books have been written on this from Eckhart Tolle’s The Power of Now. To Ram Dass’s “Be Here Now.”

Listening to Eckhart Tolle back in 2015 was my first true understanding of what it means to be in the now or aware of the now. Not even half way through the second time of listening to that book had I experienced Nirvana, the absolute and pure utter bliss of the non-dual state hitting me!

“Now what do I think personally? Well personally I agree with the study. I mean you know sex is great. Sex is Good! But THIS is an uncaused joy.”

The uncaused joy is meant that this joy is your natural state and there is nothing that needs to happen in this world for you to feel this joy. It is already available to you right here and right now.

“When you disappear into awareness.”

“When you stop searching for happiness in the world and in the mind. And you start finding it in the Now.”

“The journey from here to here.”

It is often said, life is about the journey. This is a DUAL outlook because it is separating life into a series of things. Life is one, life is thus there really is no journey, your absolute state, the non-dual state is remembrance back home which is right back where you are.

The ONE time/place that you have never been outside of is the now and that is precisely what makes it one. The non-dual state is about ending the journey. Of course when you go back into thought it’s going to seem like there is natural progression in life, it will seem like there is a natural journey but that’s precisely because the mind IS what CREATES the FUTURE.

It is in the end of mind, when the journey-less is realized and the Non Dual State is a 10 for pleasure.

Everything is Made Up 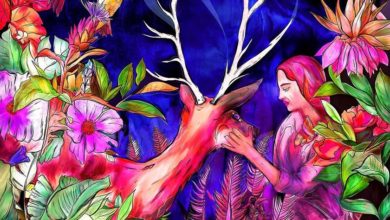 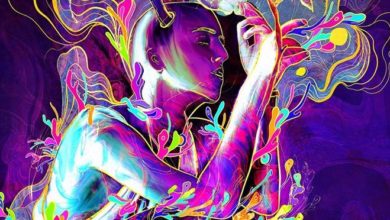 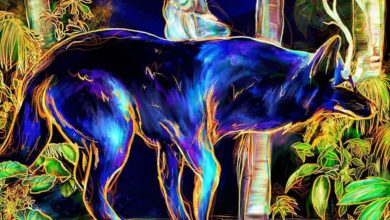